We are now enrolling. Call us on 086 222 4945 or email info@wexfordschoolballet.com to find out more.

Established in 1965
A School of Excellence with Professional Standards 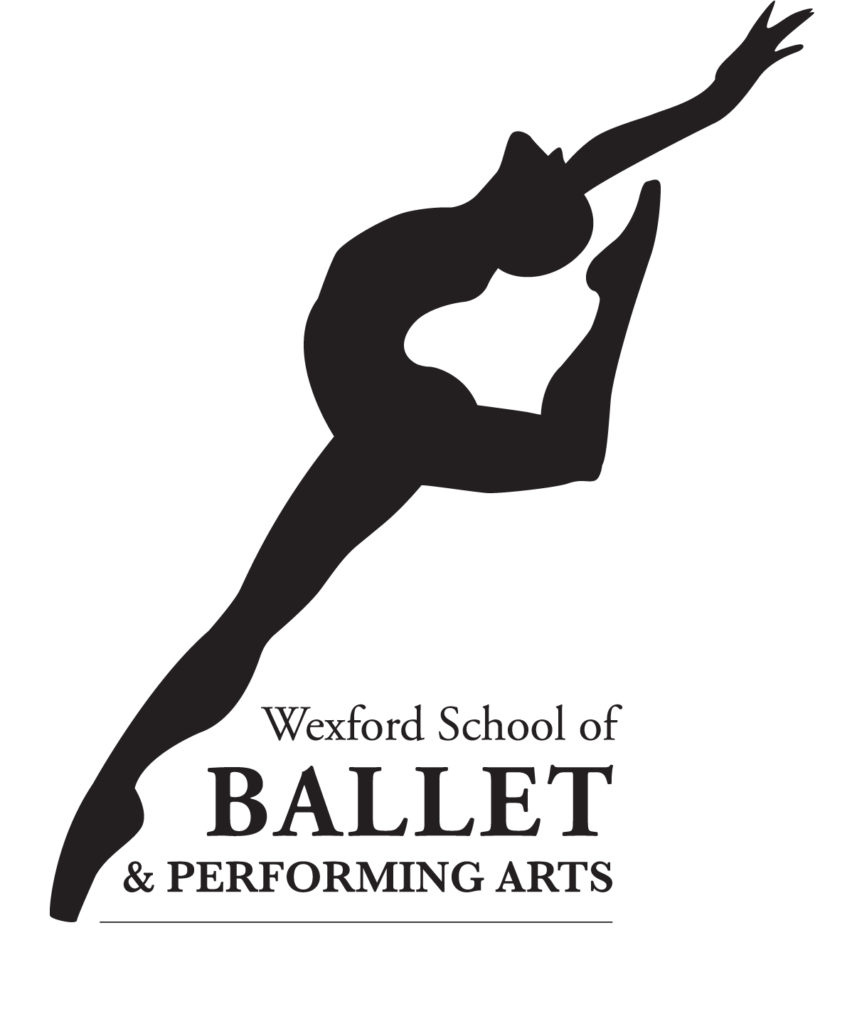 Wexford School of Ballet & Performing Arts has now been successfully running for over 50 years. Many of its past students have written their own success stories, setting up their own dance schools and performing and dancing professionally in London and abroad.

The School now comprises of three centers. Our own private ballet studios in Wexford town are used for examinations and training. The Waterfront Swimming Pools two studios host our Enniscorthy classes and St. Mary’s Youth Centre studio is home to our students in New Ross.

Running three centers takes an amount of work and care so we are well staffed with four fully qualified teachers in ballet RAD (Royal Academy of Dancing) and I.S.T.D Modern and Tap (Imperial Society of Teachers of Dancing).

We train Ballet, Modern, Tap, Hip-Hop and Singing. The students also do examinations in RAD Ballet and ISTD Modern. The School has always prided itself with a high standard and that is very obvious in our examination results and performances. Three to four sessions of exams are organised annually along with Christmas and Summer Show performances.

Students also have the opportunity to perform with other theatre groups such as the Wexford Pantomime Society, Oyster Lane Theatre Group, Wexford Light Opera Society, and Wexford Festival Opera. Students have performed with the European Ballet Company in their productions of “The Nutcracker” “Coppelia”, “Sleeping Beauty” & “Cinderella”. They have also had Masterclasses with the British Ballet Company, Monica Loughman Ballet, Ballet Ireland, and have had many West End Masterclasses conducted by West End stars. The students had the wonderful opportunity of performing with Wexford Sinfonia in the National Opera House and then travelling to Tomar, Portugal to perform in the Zezere Festival which proved to be a magnificent success. In December 2015, the School performed its most ambitious production to date, its 50th year memorabilia show, “Reprise”. In July, the entire school performed the ballet “The Sleeping Beauty” in the National Opera House which was a resounding success.

So, after an impressive school year we really look forward to the holidays but we also run annual Summer School for students who like to keep performing. These are usually a week long and include a show on the final evening.

To enroll in any of our classes or for more information, please ring 0862224945 or email info@wexfordschoolballet.com.

What WSBPA means to me…

The WSBPA is a place where I have made a million memories over my 14 years here and each one never fails to bring a smile to my face. From seemingly endless rehearsals, to buckets of ice for my feet and every moment of friendship in between – I wouldn’t trade it for anything. I know that the friends I have made here will always have a place in my heart. I really didn’t know when I walked in the door aged 5 for the first time that I would have tears in my eyes leaving it, 14 years later.

My favourite memories of my childhood and teenage years are of evenings spent in the studio in John Street with some of the best people, who soon became a second family. The best years of my life I’m sure! x

WSBPA was like my second family growing up. I started as a little 3 year old and I grew up here. Most of my fondest memories have happened here in WSBPA and I’m so thankful to all the teachers that helped me throughout the years to grow and mature. I know that the friends and memories I’ve made here will be my lifelong friends. Dance has bonded us in a way that’s difficult to describe. WSBPA has reared all of us Honohans and I can’t thank you all enough.

Couldn’t be better in any way, teachers go above and beyond, Never want to leave.

THE WORLD! A place where you can truly be yourself and also discover who you are. The people you meet will stay with you for life – there’s no bond quite like a bond made through the love of dancing. Thank you for the most wonderful memories! 🙂

The strongest of friendships and unforgettable memories. For me, dance is for life now and I have WSBPA to thank for that.

WSBPA is a place where i have learned valuable life lessons. I have been taught the importance of hard work and discipline, dedication and perseverance. WSBPA is a home away from home where i have been show that family isn’t just limited to bloodline.

The WSBPA has been my second home since I was 3. Words cannot explain how special the WSBPA is to me. So many memories and opportunities I will cherish forever. It’s a special place with wonderful friends and teachers.

It has given me the confidence to do what I love and has taught me so much about performing. I have been taught things I would never learn anywhere else. I have been treated so well and always love coming to singing and dancing class. This is my favourite place to be and WSBPA means the world to me.

WSBPA means everything. The school and staff gave me more than just dancing lessons. It gave me life lessons that I will never forget.

To me, WSBPA is my childhood. Your classmates slowly grow into family, teachers become like second parents and the studio becomes your second home if not your first! The WSBPA will always hold a special place in my heart and mind with unforgettable memories with people that I know will be my friends for life.

The WSBPA has been such a huge part of my childhood. In my time here I have learned so much more than ballet and modern dance. I have made life-long friends here and will never forget the great moments I have had here, both on and off the stage.

A Poem from two WSBPA past students

Your feet were born to dance

Your passion can’t be taught

Your talent and friendship has filled our hearts

With a feeling that can’t be bought

We’re both so proud of all of you

We’ve watched you grow with pride

Just know our hearts are broken that

We’re not dancing by your side

Your days are not yet numbered

But treasure each and every one

Through jetes and poses and plies

Make sure you never lose the fun

The applause will eventually subside

But the love stays forever and ever

Know that no matter how far we may be apart

The final curtain falls for everyone

Not just the dances you do

So head to the ceiling and big smiles

The show’s about to start

Hold onto that feeling forever

You never want it to leave your heart

Go to Top
We use cookies on our website to give you the most relevant experience by remembering your preferences and repeat visits. By clicking “Accept”, you consent to the use of ALL the cookies.
Cookie settingsACCEPT
Manage consent

This website uses cookies to improve your experience while you navigate through the website. Out of these, the cookies that are categorized as necessary are stored on your browser as they are essential for the working of basic functionalities of the website. We also use third-party cookies that help us analyze and understand how you use this website. These cookies will be stored in your browser only with your consent. You also have the option to opt-out of these cookies. But opting out of some of these cookies may affect your browsing experience.
Necessary Always Enabled
Necessary cookies are absolutely essential for the website to function properly. This category only includes cookies that ensures basic functionalities and security features of the website. These cookies do not store any personal information.
Non-necessary
Any cookies that may not be particularly necessary for the website to function and is used specifically to collect user personal data via analytics, ads, other embedded contents are termed as non-necessary cookies. It is mandatory to procure user consent prior to running these cookies on your website.
SAVE & ACCEPT